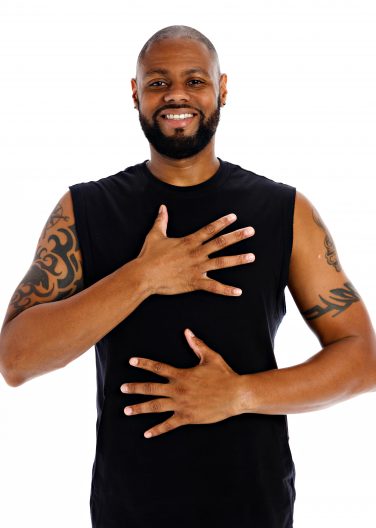 Jamel found Yoga while seeking a way to find more muscular flexibity for the many individual and team sports that he competed in. Jamel soon realized after taking just one class that the benefits of Yoga were not limited to physical progress but also Mental and perhaps spiritual growth. After years of taking studio yoga classes, Jamel decided to embark on a new journey by enrolling and completing a 200hr adult Yoga certification and then soon after realized that he could then deliver Yoga and Mindfulness to kids that sorely needed this practice. Jamel discovered Little Flower Yoga where he completed all three levels of Kids Yoga training, Chair Yoga training, Workshops and finally completed a mentorship with LFY’s Abilgail Wilber. Jamel’s passion and desire combined with the tools provided by LFY allows him to deliver a well rounded Mindful experience for kids and adults alike

BLACK FRIDAY SALE! Save $300 on our Kids Yoga and Mindfulness Teacher Certification Program with code BFWINTER2023.